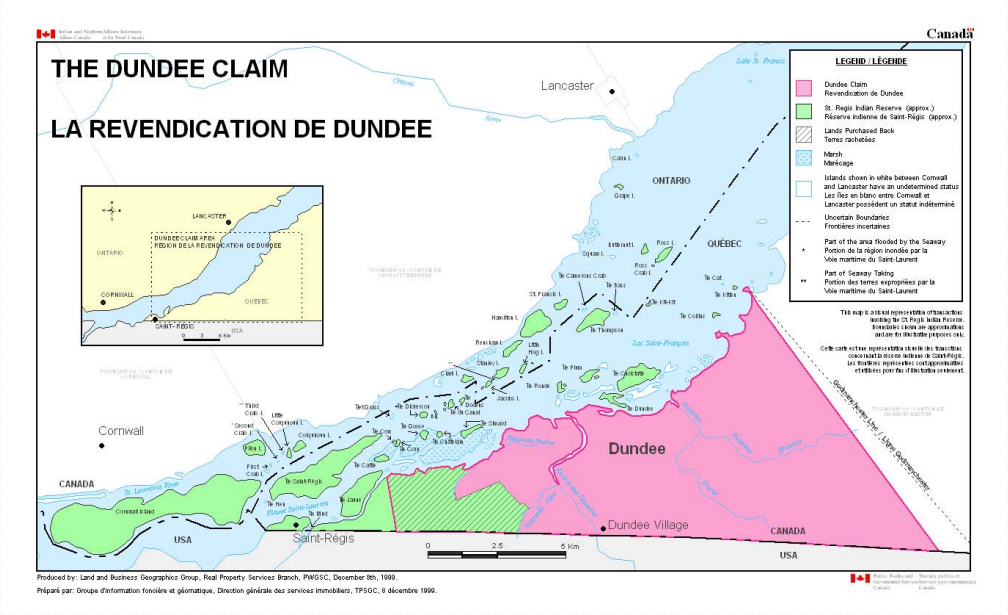 ‘As a Voter of the Mohawks of Akwesasne, do you:

Instructions for Online Voting can be obtained by contacting the Chief Referendum Officer or visiting the following website www.akwesasne.ca/referendum.

Eligibility to participate in this referendum on the Tsi:karístisere/Dundee Claim Settlement Agreement is as follows:

The referendum on the Tsikaristisere/Dundee Claim Settlement Agreement will close on Saturday, December 8, 2018 at 5:00 p.m. EST. The results from the Online Voting period will be read on December 8, 2018 at 7:00 p.m. EST and counting of the ballots cast at the Referendum Polling Stations will commence at the St. Regis Recreation Centre. After counting has concluded the unofficial results of the referendum will be released by the Chief Referendum Officer to local media outlets and will be posted on the Mohawk Council of Akwesasne’s website and Facebook page.

For more information for the referendum on the Tsi:karístisere/Dundee Claim Settlement Agreement or for a copy of the Tsi:karístisere/Dundee Claim Settlement Agreement or referendum regulation, please contact the Chief Referendum Officer Leona Benedict by telephone at 613-575-2250 ext. 2406, by facsimile at 613-575-1726 or by email at leona.benedict@akwesasne.ca.