The MCA Akwesasne Family Wellness Program would like to invite the community to 2 movie showings in honour of Human Trafficking Awareness Month. Join us for these free events on February 3 and February 10 at the A’nowara’ko:wa Arena (7 PM start time both days).

MOVIE NIGHT #1 — FEBRUARY 3:
The AFWP will play the movie “Trafficked”, which was based on real events. After being forced into slavery in the international sex trade, three young women from India, Nigeria and the United States attempt to escape from a brothel in Texas.

MOVIE NIGHT #2 — FEBRUARY 10:
The AFWP will play the movie “Skin in the Game”, which was also inspired by true events. Abducted off the sidewalk of suburban America, fifteen-year-old Dani finds herself trapped in the horrific underground world of human trafficking. With no initial assistance from the police, Dani’s mother and an ex-prostitute take to the streets in an effort to find her before it is too late.

Parental discretion is strongly advised for both movies! Snacks and drinks will be provided. For more information, please contact the AFWP at 613-937-4322. 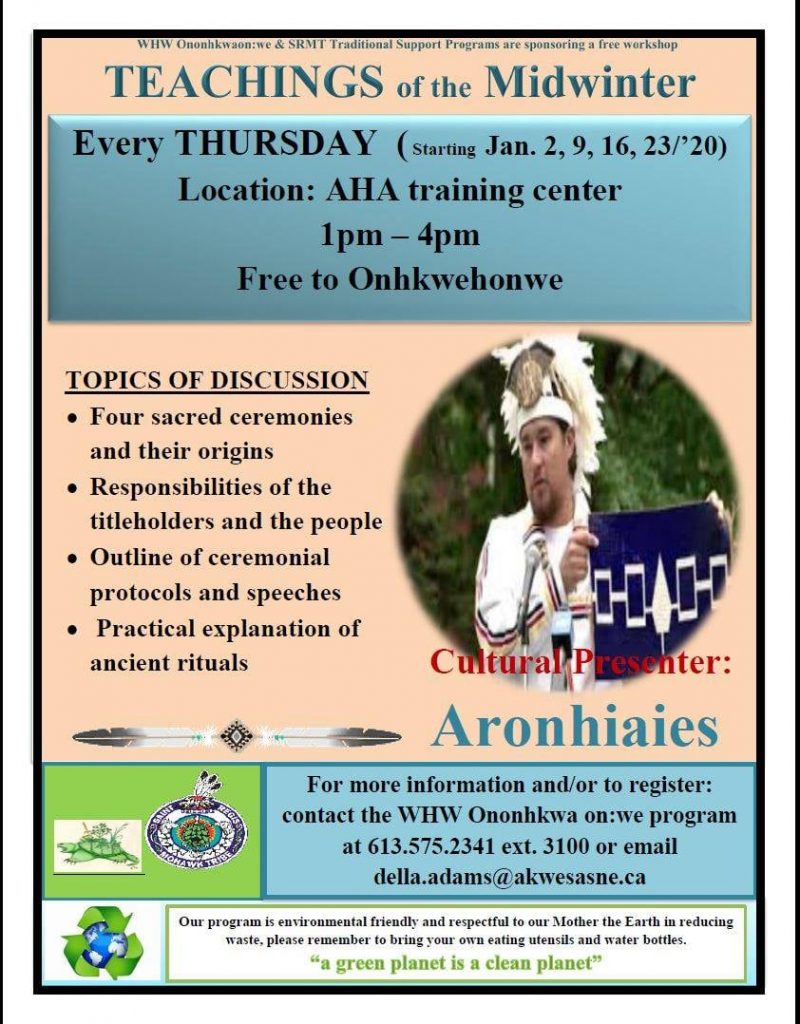